Originally published on Blogger by a #ProudAmerican who has declared her freedom from the tyranny of #GroupThink and #CulturalMarxism in her creative endeavors. The original post is at Classic & Cozy Books.

“…There are many catchphrases that sum up what we think of our freedoms in America: 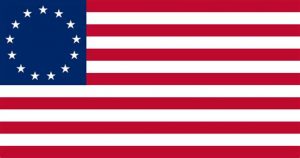 “We often take these freedoms and rights (which are “self-evident”) for granted and allow them to be eroded. As writers, we are the vanguard of the freedom of expression. When our freedom to create is undermined, we are the first to be silenced.

“At our own peril, we forget that the “Pen is mightier than the sword.”

“Consider the fate of [Armenian] writers, artists and journalists on April 25, 1915 in Constantinople.

“Consider the years the Russian author, Alekzandr Solzhenitsyn, devoted to criticism of the USSR and communism, later credited with the destruction of the Soviet Empire.

“Whether we write fiction or non-fiction, entertainment or education, our freedom to create is always under threat because that freedom is a threat to anyone who wishes to impose their ideas or beliefs with no regard for differences of opinion.